Cannabidiol, better known as CBD, is one of more than 100 naturally occurring compounds called cannabinoids found in the plant Cannabis sativa. Unlike its counterpart tetrahydrocannabinol (THC) and certain pharmaceutical drugs, it’s not psychoactive, which means it doesn’t induce euphoria, sedation or an altered state of mind. This property combined with its pain-reducing effects makes it appealing to those seeking relief from pain and other symptoms. A new study finds that the CBD market could generate $16 billion by 2025. This is a huge jump from the estimated retail spend between $600 million and $2 billion on CBD consumer products in 2018.

A global survey conducted by CBD-Reviewed.com spanning 8 countries comprising both men and women who are active users of CBD has presented some interesting results. Placed on CBD platforms and forums, various CBD sites and social media groups, the survey was conducted over 4 weeks. Of the 152 respondents, a majority used CBD more than 8 times per week (38%), 6-7 times a week (24%), and around between 2-5 times a week (7-15%). Almost half the users were employed while the others were self-employed or students.

CBD-Reviewed zeroed in on key people and experts who are actively involved in the study and application of CBD and other cannabinoids. The team then reached out to these authoritative sources and conducted detailed and exclusive interviews via phone and email to obtain valuable insights, opinions and the latest trends associated with CBD per their varied expertise. The platform also helped the interviewees reach a massive CBD community who would benefit immensely from their inputs.

CBD oil (63.5%) and vaping (30.4%) were the most preferred forms of CBD usage followed by lotions, edibles, gummies, pills, and tea. 63.4% of them bought CBD online. CBD oil is used as a substitute for prescription medications. Diluted with an oil, the hemp extract is either sprayed on the inside of the cheek or placed under the tongue where it’s absorbed directly into the bloodstream. Though vaping allows nearly 4 times the CBD to enter circulation with a maximum bioavailability of roughly 50-60% compared to the bioavailability of CBD taken orally (15%). Vaping activates CBD in the body in a much shorter time since it enters the lungs directly instead of passing through the gut and liver.

“The effects of consuming CBD edibles may last longer than the effects of inhaling CBD because the CBD is processed in two different ways by the body. Inhalation involves taking the compounds into the lungs which directly infuses into the bloodstream, while edibles need to make their way through the digestive system before being processed by the liver and then distributed throughout the body. Cooking with CBD oil can be safe if you are using a safe and reliable product. You want to ensure you are not heating the CBD product over 240 degrees F when cooking or you may destroy the cannabinoids.”

“CBD is now an approved therapeutic drug (e.g. against some rare and untreatable forms of pediatric epilepsy). In order to produce therapeutic effects, it needs to be administered orally at doses and formulations that are difficult to achieve in “edibles. I am not of the opinion that CBD, like other therapeutic drugs, should be used as a food supplement. We have been investigating “multi-target” drugs, and the non-euphoric cannabinoids, such as CBD, represent a very nice example of this strategy.”

Survey results also suggested the wide-ranging therapeutic applications of CBD with anxiety disorders, chronic pain, inflammation, insomnia, and arthritis management being the most popular. Other lesser popular reasons for CBD usage included seizures, diabetes, cancer, depression, migraines, and acne.
According to a study released in Cannabis and Cannabinoid Research, 62% of CBD users reported using CBD to take care of a medical condition, the top 3 being pain, anxiety, and depression. Short-term use of CBD oil could reduce the levels of spasticity and muscle spasms in those with Multiple Sclerosis (MS). A separate study in the Journal of Experimental Medicine suggests that using CBD can reduce pain and inflammation making it an effective treatment for chronic pain in adults.

“CBD is now a therapeutic drug approved by the FDA, so, in a way, it is as traditional as other natural product-derived drugs. Considering that most disorders are multi-factorial, i.e. they involve several mechanisms in different phases of disease, its benefits are probably due to its capability of modulating several molecular targets.CBD interacts with several receptors and proteins with known pharmacological action and biological role. This versatility possibly explains why it known to be efficacious in several preclinical studies in a plethora of disorders, and possibly why it is relatively safe in humans up to high doses.”

It came as no surprise that all the respondents believe in the benefits of CBD, recommend it, think it should be legalized in their country and will be in the next 5 years. Buying CBD is federally legal as long as it doesn’t contain more than 0.3% THC. However, buyers need to be aware of local cannabis laws that may impose specific restrictions. The origin of hemp that is the source of CBD, certificate of analysis (COA) that checks for potency and contaminants, testing methods that need to be validated by national regulatory organizations, and the total amount and dosage of CBD and THC need to be clearly listed on the label. (https://www.pbs.org/newshour/science/is-cbd-legal-heres-what-you-need-to-know-according-to-science)

“Except for rare examples of strictly standardized extracts, medical and pharmacological research should focus on pure cannabinoids or their combinations rather than on cannabis extracts of dubious source and no reproducible way of producing them, let alone cannabis (marijuana) smoking. Of course, some very ill people cannot wait for the long times of drug development and are therefore led to use such preparations. Therefore, there should be more and more funds dedicated to cannabinoid research in order to accelerate as much as possible the process of new drug development from these compounds.”

Fatigue (38.4%), decreased appetite (17.8%), and somnolence (12.3%) were reported to be the most common side effects of using CBD with a minority reporting diarrhea and insomnia. According to a report in Cannabis and Cannabinoid Research, common side effects of CBD include diarrhea, drowsiness, nausea, fatigue, irritability, dry mouth, cloudy thoughts, and wakefulness. It can also increase the levels of the blood thinner coumadin and certain other medications in the blood.

“CBD can have side effects including dizziness, drowsiness, or increased anxiety. Just like with medical nutrition therapy, cannabis therapeutics have health benefits and risks that are individual to each unique person. Working with a healthcare provider who will provide a personalized approach is the best way to ensure you are maximizing the health benefits and minimizing the health risks of using cannabis from a nutritional perspective.”

“CBD is pretty safe, even in children, but as with all therapeutic drugs that show efficacy, side effects have been reported. These are usually mild, in some case transitory, but could be disturbing in the long run for some patient populations. In general, CBD is a very well tolerated drug. In a pediatric population, CBD has been reported to induce somnolence and some mild diarrhea. Other minor side effects have also been reported.”

7. CBD: Moderation and Regulation are Key

70% of the participants thought CBD was safe to use without limit while 30% felt it could be dangerous to use without limit. Since CBD is primarily marketed and sold as a supplement, not a medication, it may contain unknown elements and not the active ingredients at the dose listed on the label. Currently, the FDA doesn’t regulate the safety and purity of dietary supplements. Since the most effective therapeutic dose of CBD for any particular medical condition is unknown, it presents a  safety concern.

“Cannabis is not a magic pill, but rather a healing tool that can be used as a part of a greater holistic centered lifestyle. Adding CBD to a poor diet will not correct the poor diet, just as adding healthy foods to the diet of an emotionally or mentally stressful individual will not correct the underlying cause. It is the balance of many forces that creates wellness. CBD should be used thoughtfully and responsibly.”

8. CBD vs Marijuana: Not Exactly A Case of Good Child vs Bad Child

86% of those who used CBD has already tried marijuana for social, medical, and spiritual use. 75% of the respondents felt different using CBD when compared to using marijuana. Though both CBD and THC are present in marijuana, recreational users of marijuana seek the high associated with THC. Medical marijuana has minimal THC and is CBD dominant. This CBD is taken from the hemp plant that is closely related to the marijuana plant that THC is extracted from. THC has potential applications in treating glaucoma, muscle spasticity, low appetite, and insomnia. (https://www.medicalnewstoday.com/articles/325871.php)

“There is no such thing as “one cannabis,” but several different types, whose properties strictly depend on their chemical components, i.e. in most cases, the cannabinoids. There are several (>100) such compounds, but only one of them is known to be responsible for the psychotropic effects of marijuana, which is prepared only from the flowers of those varieties of cannabis that contain high levels of THC (in the form of its acid precursor). Therefore: 1) there is not only one cannabis, 2) cannabis does not equate marijuana, and 3) cannabinoids do not equate THC.” 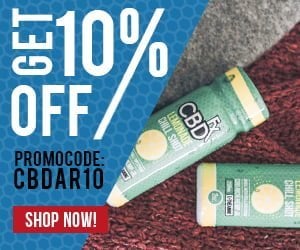